Head out on one of these day trips from Wellington

Wellington is an essential stop on any New Zealand itinerary. The compact capital city, affectionately known as Windy Wellington, offers a diverse mix of European and Maori culture, shopping, food and a bustling harbour. Nestled between rolling countryside and the Cook Strait, the city is also a great base for day trips to islands, nature reserves, vineyards, beaches and parks. Here are some of the top day trips to take from Wellington. 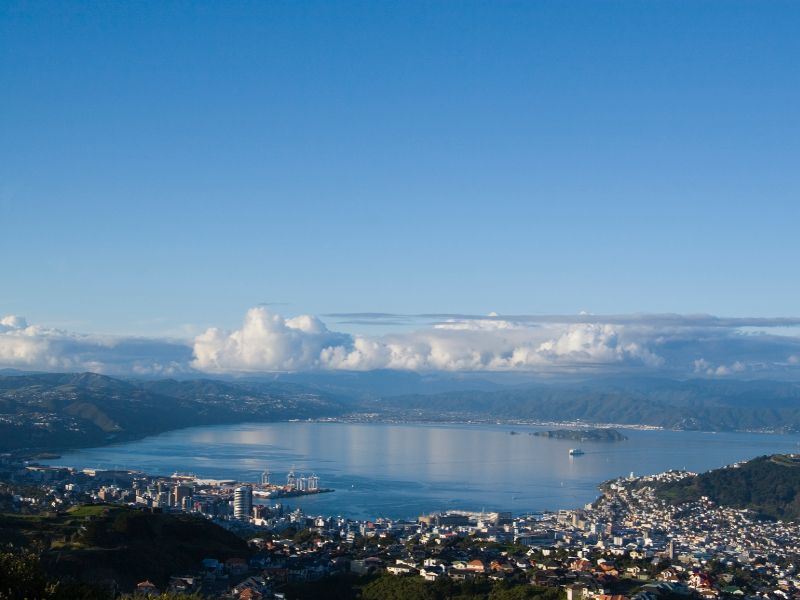 These destinations can be visited on a day trip from Wellington or make good stop-off points on a self-drive trip heading north. Get more route suggestions from our North Island Highlights With Scenic Train Journey and Winterless North Luxury Self-Drive itineraries.

Drive an hour north from Wellington to the stunning Kapiti Coast, where you can take a 15-minute ferry from Paraparaumu Beach to one of the country’s top nature reserves. Kapiti Island is a sanctuary for endangered birds who live in forests filled with Kiwi flora and fauna. To protect the island, visitor numbers are capped and you must visit with an approved tour operator. You’ll have the chance to experience unique ecosystems and spot birds like the Weka, Little Spotted Kiwi, Kokako and Tui at this internationally-renowned nature sanctuary. 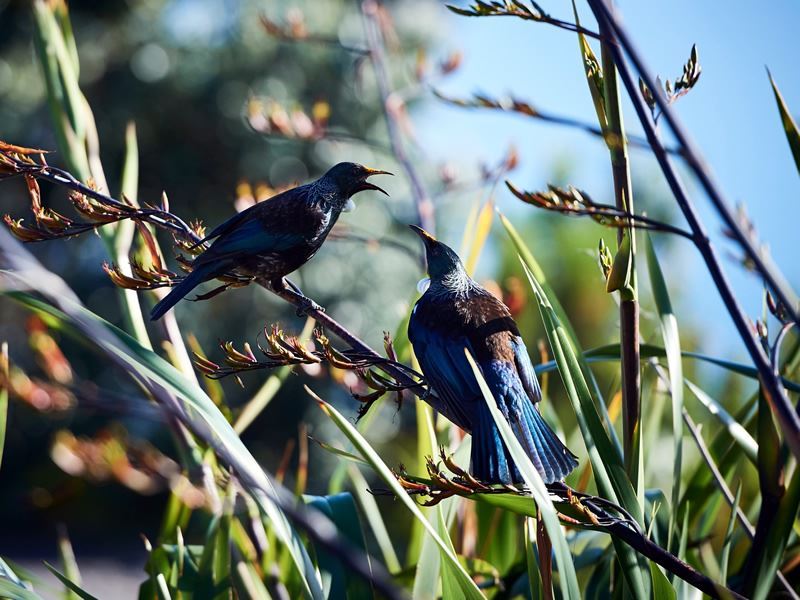 One of four key cities in the Wellington region, Porirua is a vibrant oceanfront hub surrounding Te Awarua-o-Porirua Harbour. This makes it a popular watersports spot with opportunities for windsurfing, jet-skiing, snorkelling and kayaking. Relax on nearby beaches and visit the excellent Pataka Art Museum, which specialises in Pacific Island and Maori art.

Porirua lies just 20 minutes from Wellington and boasts over 100 kilometres of walking tracks. These include the well-loved Pukerua Bay to Paekakariki Escarpment Trail, which winds along the coast and is part of the 3,000-kilometre Te Araroa Trail that runs the entire length of the country. From Pukerua Bay you can catch spectacular views over the sea and thick pine forest.

The pretty country town of Levin lies just an hour and 15 minutes from Wellington. Levin is known for its clothing industry and great-value factory outlet shops, making it a top shopping destination. There’s something for nature lovers too as Levin lies on the shores of Lake Horowhenua, home to an impressive array of bird life. At nearby Waitarere Beach you can enjoy windswept views of the Tasman Sea and the town lies on the edges of Tararua Forest Park, a haven for hikers.

Drive less than half an hour north of Wellington and you’ll hit Lower and Upper Hutt, two of the four cities that make up the region. Set on the Hutt river, the cities are beloved for their surrounding walking and hiking trails, superb fishing, museums and art galleries. There are plenty of nearby parks and gardens to visit, including Kaitoke Regional Park and Akatarawa Forest. Lower Hutt was one of New Zealand’s first proper European settlements and is known today for its craft breweries, while Upper Hutt has an award-winning skatepark.

Greytown is one of New Zealand’s most picturesque towns, founded in 1854 by settlers from Wellington and named after Governor Sir George Grey. Wander the cobblestone streets, which are filled with colonial Victorian buildings, now converted into boutique shops, art studios and cafés. Follow the heritage map historic walk, discovering museums and the site of the first Maori Parliament. Greytown lies just over an hour from Wellington and is also a key stop on the New Zealand Wine Trail, as well as home to film director James Cameron, who runs a café and organic grocery store in the town.

Learn all about New Zealand’s native wildlife at the Pukaha Mount Bruce National Wildlife Centre, set in over nine square kilometres of protected landscape. Take a tour or visit the sanctuary independently via trails like the aviary walk loop. Along the way, look out for rare wildlife such as the Kiwi, Kaka, Takahe and Manukura. The Kiwi House shows informative films about the centre and there are daily talks, as well as a large free-flight aviary.  It takes just under two hours to drive to the Pukaha Mount Bruce National Wildlife Centre from Wellington. 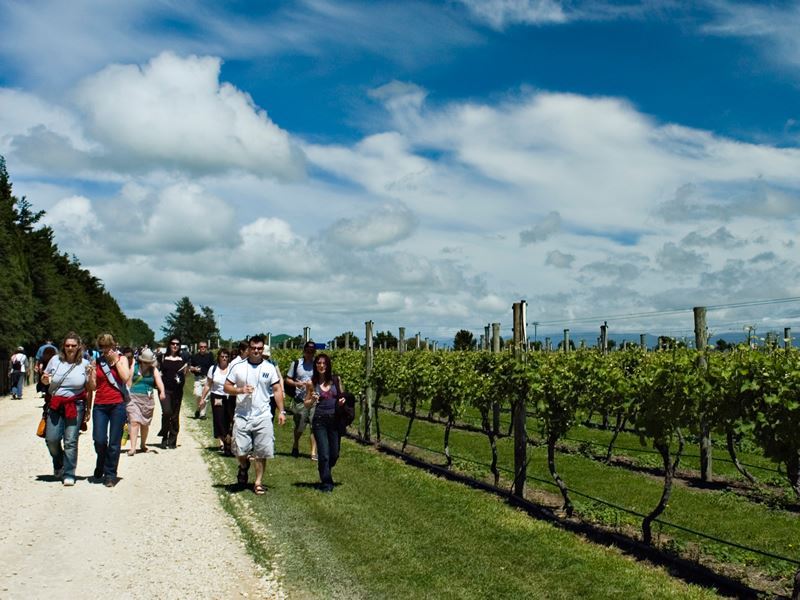 Every March, Masterton holds its annual Golden Shears sheep shearing contest. The town is the perfect place to learn about traditional New Zealand farming and has an interesting museum, The Wool Shed. Located an hour and a half from the capital, Masterton is a highlight of the Wairarapa region, with green spaces like Queen Elizabeth Park and cultural landmarks like the Aratoi: Wairarapa Museum of Art and History.

If you love wine, don’t miss Martinborough, which is an hour’s drive northeast from the capital. Nestled among vineyards and olive groves in the lush Wairarapa region, Martinborough is a favourite stop on the New Zealand Wine Trail. There are 20 vineyards in the area which are famous for producing quality Pinot Noirs and they’re close enough to tour on foot or by bicycle. Indulge in some delicious gourmet food from one of the area’s top-notch restaurants and visit the Martinborough Wine Centre to compare tastes of the region.

Just 20 minutes west of Wellington you’ll find the award-winning Makara Mountain bike park, which hosts regular cycling events. Cyclists will love the exciting, purpose-built trails set in 2.5 square kilometres of forest, complete with walking trails and rental facilities. Once you’ve finished your ride, head out to nearby Makara Beach for a coastal stroll or some relaxing beach time.

Zealandia is one of New Zealand’s top conservation attractions, set just outside of Wellington. The 2.5-square-kilometre area has been fenced off and restored to its original environment from centuries ago, which means there are no mammalian predators. Explore the forest and look out for rare birds like the Spotted Kiwi, which have been re-released into the park. Zealandia also has some historical buildings and a 19th century goldmine set in the hillside.

Head an hour and 40 minutes southeast of Wellington to see the Putangirua Pinnacles rock formations, which are featured in the Paths of the Dead scene in the third Lord of the Rings movie. The striking rocks were formed seven million years ago, when mountains eroded and washed down to the coast, creating a thick layer of sediment. This has been slowly exposed over the centuries by the Putangirua Stream, creating dramatic pinnacle formations.

The Pinnacles are set on the edge of Aorangi Forest Park, also known as The Haurangis. Mount Ross is the highest peak in the Aorangi range, rising to 983 metres and there are plenty of trails for exploring the natural beauty of the park. Adventurous hikers may like to tackle the three-day Aorangi Crossing from the Putangirua Pinnacles all the way to Cape Palliser.

This beauty spot lies where the Rimutaka Range meets the sea, hence the name Turaki (sea) and Rae (headland). Turakirae Head Scientific Reserve lies 45-minutes southeast of Wellington and is home to the largest colony of New Zealand fur seals. An estimated 500 seals have been coming to Turakirae Head every winter since 1950 to bask and feed on earthquake-raised beaches created 7,000 years ago. You can walk around this extraordinary reserve, which is also a paradise for birds and coastal vegetation.

Cape Palliser is a longer day trip from Wellington, but well worth the drive, which takes over two hours. Visit the southernmost tip of the North Island and walk over 250 steps to the top of iconic Cape Palliser Lighthouse, which dates back to 1897. The coast here is home to a large colony of fur seals that breed from November to January. The area is also rich in history and showcases original Maori settlements which are now listed as heritage sites. 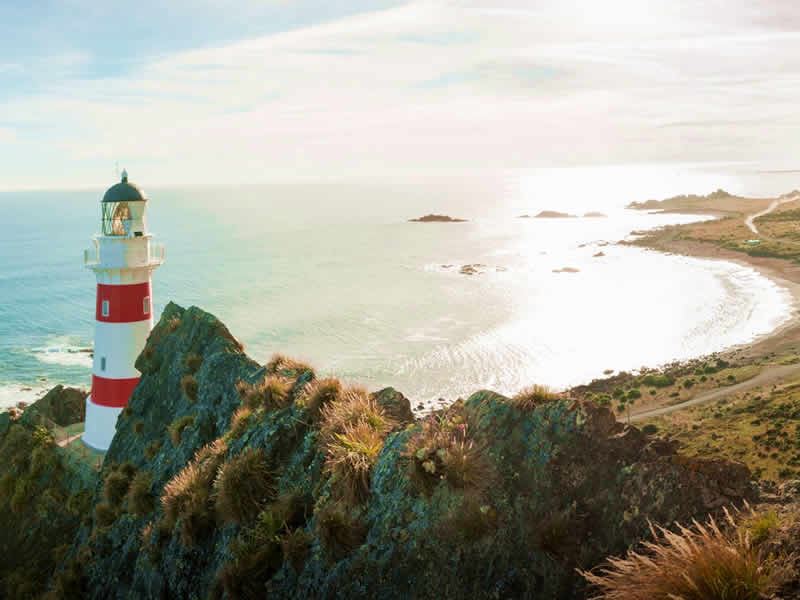 Visit the largest wetlands in the North Island, which lie just over an hour east from Wellington and are a vital habitat for native animals and plants. The area is set around Lake Wairarapa and includes the Matthews and Boggy Pond Wildlife Reserve, which has a lovely walking track and lookout point for wildlife spotting. Explore mud and sand flats, salt marshes and lagoons where around 100 different species of birds live.

Hop on a ferry from Queen’s Wharf in Wellington to Matiu/Somes Island, a heritage site and scientific reserve full of Maori history and wildlife. Set in the middle of Wellington Harbour, the island was a Maori defence fortress for generations and later a quarantine station and detention centre. Today, the island is a haven for plants and wildlife, which have flourished under a re-foresting programme. Matiu/Somes Island makes for an ideal day trip from the city, with walking trails including a 40-minute loop track through gorgeous scenery.

This outstanding park lies just 19 miles from the capital in the Rimutaka mountain range, which splits the Wairarapa Plains from the Hutt Valley. Come for 220 square kilometres of pristine forest teeming with wild birds, pigs, deer and goats. There are plenty of hiking trails to suit all abilities, ranging from 30-minute to 10-hour treks. Whichever hike you choose, you’ll likely pass by beech forest, picnic spots, swimming holes and campsites. There’s even a steep mountain biking trail. 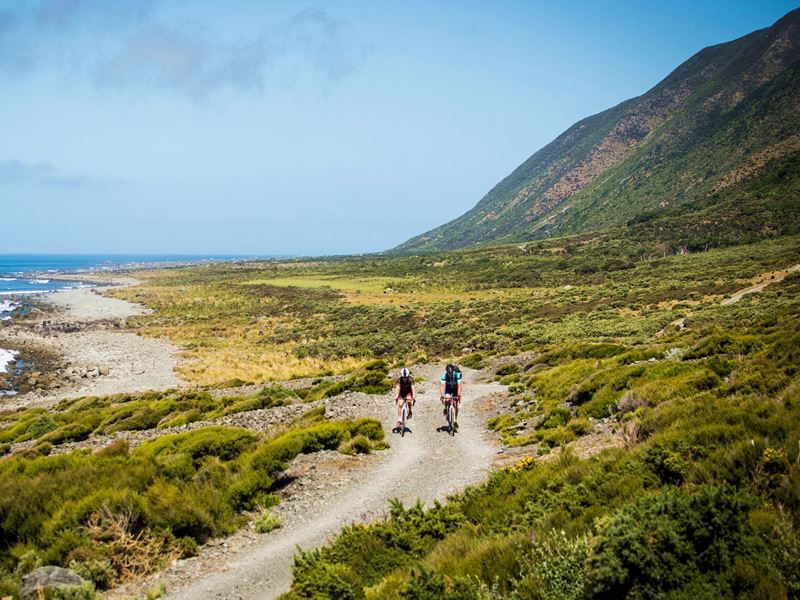 Stopover suggestions heading south from Wellington to the South Island

Take the Interislander ferry across the Cook Straight to explore the South Island’s treasures, which include these incredible destinations:

For more ideas on touring New Zealand’s magnificent South Island, take a look at our South Island Coast to Coast Self-Drive, South Island Natural Discovery and A Taste of the South self-drive itineraries. 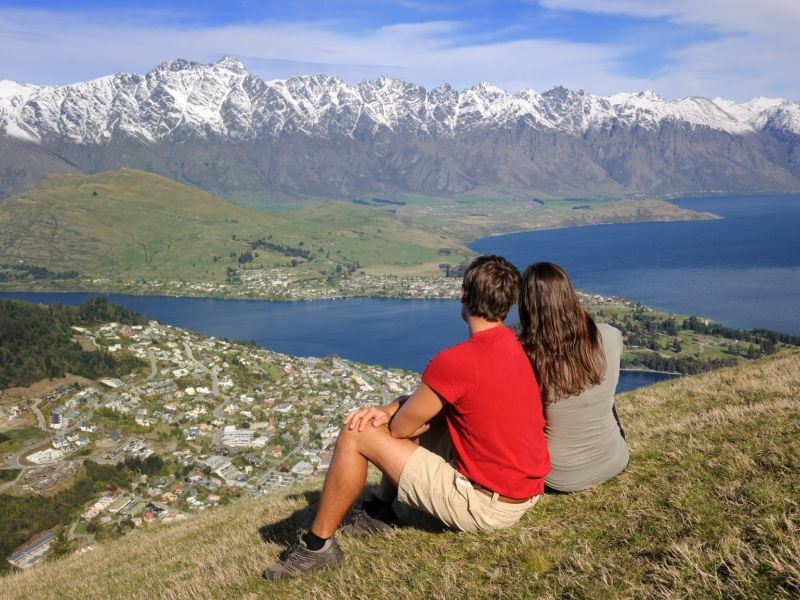 Heading north from Wellington to Auckland? Here are some must-see places to visit on the way: 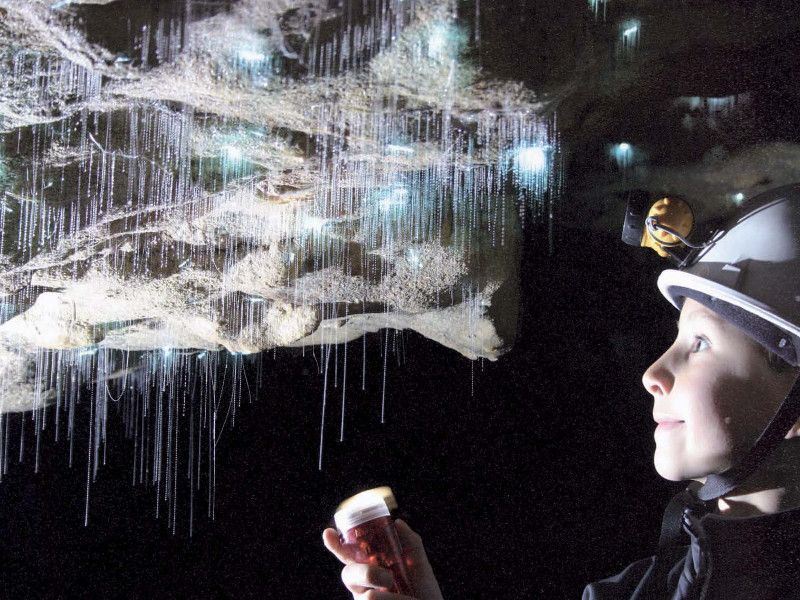