I was backpacking around New Zealand with a friend in the days when a GAP year actually involved being away from home for a year experiencing life and working as I went. The term Gap Year (or Yah) now seems to cover all aspects of foreign travel undertaken after university, be it an organised tour or even if it actually only involves being overseas for two minutes. So back in the good old days when I could confidently enter a sweet shop and ask for a Marathon (Snickers) or packet of Opal Fruits (Star Burst), I took a year out from expectations and responsibilities and travelled around the world. 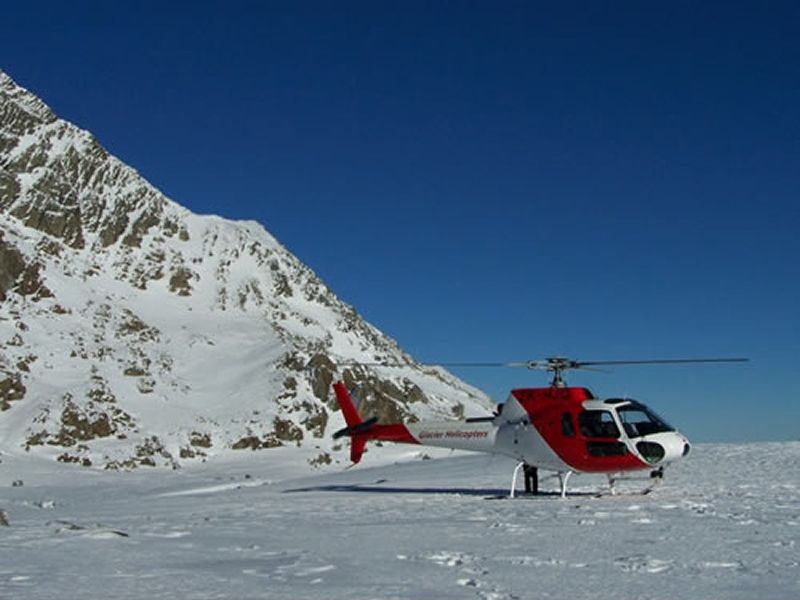 After three months we’d arrived in New Zealand and had managed to work our way around the farms and homesteads in exchange for board and lodging. In between places we hitched with the hired help on the farms. One of the very many things I love about New Zealand is their attitude to sports with a big price tag in the UK (polo, sailing, surfing, for example). They simply get on with it and borrow the kit and join in — some of the best polo I ever watched was a bunch of teenage apple pickers near Hamilton who rode like the wind and were fearless without the preening and wealth that we see in the UK. Much the same with helicopters...

After having worked on one farm down on the south island, we were invited to herd sheep from a tiny mosquito-like helicopter (not me flying it, I’m not that gung-ho). That was pretty good fun and easier than doing it on the quad bikes which we had used before. The upshot being that we got in with a small group of male and female helicopter pilots who herded for a living up and around the South Island. We were invited to travel along one day with them, onto the next farm and by chance we had the good fortune to fly alongside the Southern Alps of New Zealand, including The (Franz Josef Glacier K Roimata o Hine Hukatere) and the Fox Glacier (named after an early New Zealand Prime Minister, William Fox).

More commercial flights will take you up and touch you down onto the top of the glacier to fully appreciate the spectacle of being on a glacier of this size, so close to sea level. You will almost certainly be wearing the right kit and shoes which have crampons on so that you don’t go skidding off — we had trainers and jeans on and when we did touch down and tried to ascend it was like walking on a greasy pole; no chance.

The main thing that hits you about the glaciers (from the air or below) is how artificial they look — everything around them at the time of year we were there was green and the bluey glare of the ice seems out of context. In the last ice age the glacier extended in a huge ice-sheet to beyond the present coastline but it has retreated considerably since then. Each year as the rains come, massive bits of glacial rubble are pushed down the mountain so the paths you walk on dodge in and around these boulders which re-solidify to the glacier. The Fox Glacier is fed by four alpine glaciers and is only five kilometres from the nearest township so whilst it is a natural phenomenon it is quite Disney-esque at the same time.

From the air we were able to see the aqua opaque waters of surrounding lakes as the glacier’s melt ran into rivers and streams. The surface in the lower parts of the glacier are actually quite scuzzy where people have trooped up and down and of course, it is just like snow which has been around for some time, it leeches the dirt from the air and the nearby road traffic. At the top of the mountain the ice is crystal clear with hollows and treacherous caves — you need a guide. If you regard the glacier as a living thing, which it is really because it never stays the same and is changing all the time, rest assured the twin glaciers you will see will be different to the ones which I saw, which only adds to their beauty.

Once we’d hovered over and around the glaciers in these tiny helicopters we decided we had to climb them and that’s what we did — a couple of days later, in the right kit. If you’ve skied and enjoyed the clean air at the top of a mountain full of fresh snow you can imagine the atmosphere at the top of the glaciers; that special kind of cold freshness that makes you feel invigorated.

The Franz Josef and Fox glaciers are special because they are in my opinion, incongruous to their surroundings. Like discovering a beautiful stone in the sand, they leap out at you. If you get the opportunity to visit the west coast of New Zealand be sure to visit and include a trip to the nearby Lake Matheson and Mount Cook.