Travelling to New Zealand can be the adventure of a lifetime with incredible scenery that includes everything from a rugged coast with beautiful beaches to dramatic mountain peaks, glaciers and fjords. With so much to see and do, it can be hard to know where to begin.

When it comes to planning that dream holiday, there’s a lot to consider, but we’ll provide all you need to know to make it happen.

Getting there: Journey time from the UK to New Zealand

While it’s certainly worth the trek, there’s no doubt that you’ll have to make quite the journey to get to New Zealand. Which is why we recommend thinking about the stopover options available to you. It takes at least 23 hours and at least one connection from the United Kingdom. Airfares are generally a bit higher than flights from the UK to Australia. No matter when you plan to go, it’s best to book well ahead of time, as long as a year if you plan on travelling during peak season.

Most major airlines offer flights to New Zealand; however, from the UK, there aren’t any direct flights, so expect at least one connection. Most flights arrive into Auckland, the largest city and home to the country’s biggest international airport, situated toward the top of the North Island. There are also flights into the capital city of Wellington, which may be more convenient, as this is where ferries depart to the South Island.

As mentioned, if you’ll be flying out of the UK, you’re going to have at least one connection and possibly two, in North America, the Middle East, Asia and/or Australia. Stopover options for Air New Zealand include the Cook Islands, Fiji, Los Angeles and Singapore. Cathay Pacific offers a stopover option through Hong Kong that’s especially popular, while Emirates stopovers include Dubai as well as the Australian cities of Melbourne, Sydney and Brisbane. The Australian national carrier, Qantas, has a wide range of options, and if you want to experience Singapore, Singapore Airlines is the obvious choice when flying into Auckland or Christchurch, but if you fly into Wellington, there will be a stop in Brisbane too. United Airlines is going to mean more flying hours, but it offers a stopover in San Francisco.

No matter which route you take, to break up that long journey, you might want to enjoy a longer stopover along the way. It’s the ideal opportunity to experience America’s iconic cities like San Francisco with its beautiful Golden Gate or Los Angeles and its Hollywood stars. You might enjoy a luxurious stay in Dubai or perhaps a tropical retreat in Fiji or the Cook Islands, 15 gorgeous isles with unspoiled, white powdery sand beaches surrounded by crystal-clear, warm turquoise water. It’s easy to extend your trip to experience places like Hong Kong (great for shopping), Singapore (shopping and an amazing view), or Bangkok (incredible culture) in Asia, and of course, Australia is always a popular place to visit in combination with a New Zealand trip.

New Zealand weather/climate: What to expect

New Zealand experiences relatively mild temperatures and a significant amount of rainfall, but there are plenty of hours of sunshine on average throughout most of the country. While the far north has subtropical weather during the summer season (December through March here in the Southern Hemisphere), and inland alpine areas of the South Island can be as cold as -10°C in the winter (June through September), most of the country lies close to the coast,  helping to keep temperatures more mild as well as bringing abundant sunshine and more moderate rainfall.

As the country is located in the Southern Hemisphere, the average temperature decreases the further south you go. At the far northern end, the average is about 15°C, while the far southern end averages a cooler 9°C. July is the oldest month of the year, while January and February are the warmest. Late spring, especially November, a time when you’ll see flowers blossoming, lots of green landscapes and newborn lambs frolicking in the fields, as well as early fall, the month of March in particular which brings colourful foliage, often experience some of the most pleasant weather of the year. In the winter, mountain ranges on both islands become snow-covered, making for outstanding skiing and other snow spots as well as gorgeous vistas. 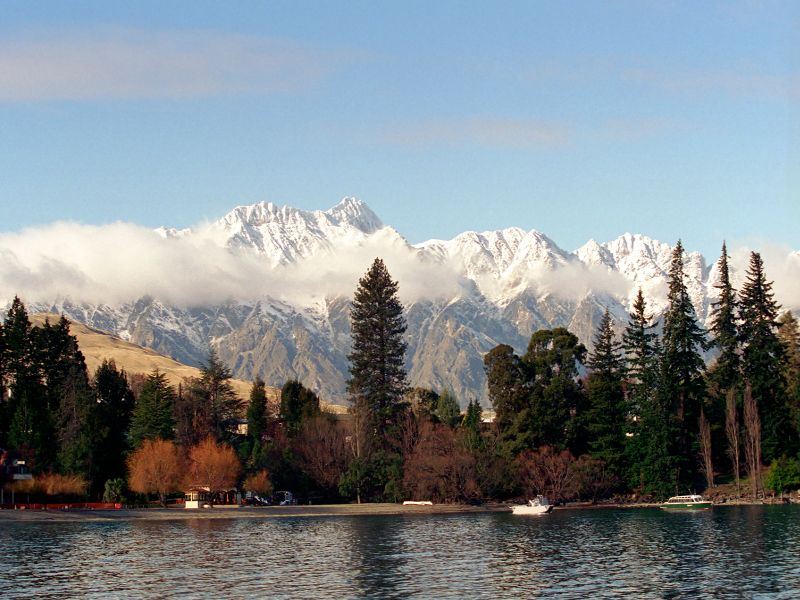 Do keep in mind that the weather tends to change rather unexpectedly with tropical cyclones or cold fronts blowing in quickly. You’ll want to be prepared for those sudden changes when taking part in outdoor activities.

Getting from A to B

When looking at a map of New Zealand, the country looks rather small and easy to navigate in only a matter of days. But if you do some research on travel times, you’ll discover t it isn’t as tiny as you think. Most people underestimate how long it will take to drive because there are few highways and lots of hills and mountains. Then, there’s the weather that can get in the way, not to mention the scenery is so spectacular that you’ll want to make plenty of stops for photos.

The 400-mile drive from Auckland to Wellington takes about eight hours, without any heavy traffic, construction zones or stops. The ferry crossing from Wellington on the North Island to Picton on the South Island is three-and-a-half-hours. Christchurch is about 210 miles from there, requiring a drive of approximately four hours and 40 minutes. Queenstown is just over 300 miles southwest of Christchurch, a little over six hours to reach by car.

That brings yet another question, how to get around? Do you want to explore New Zealand via escorted tour, an independent self-drive or motorhome tour?

An escorted tour can be a great way to make the most out of your time. You won’t have to worry about all the planning as it’s already done for you, or even getting behind the wheel at all. You’ll have an expert guide at your side to reveal the history and other interesting bits of information as you see the sights, and you’ll probably get to enjoy exclusive experiences that the general public can’t book on their own. And, most of these tours bring a good mix of popular attractions and destinations that only locals know about. You’ll have the chance to meet like-minded travellers, enjoying companionship if you’re visiting the country on your own, and you might pay less for the excursion than you would had you paid for everything separately, thanks to the discounts tour operators get through bulk buying. 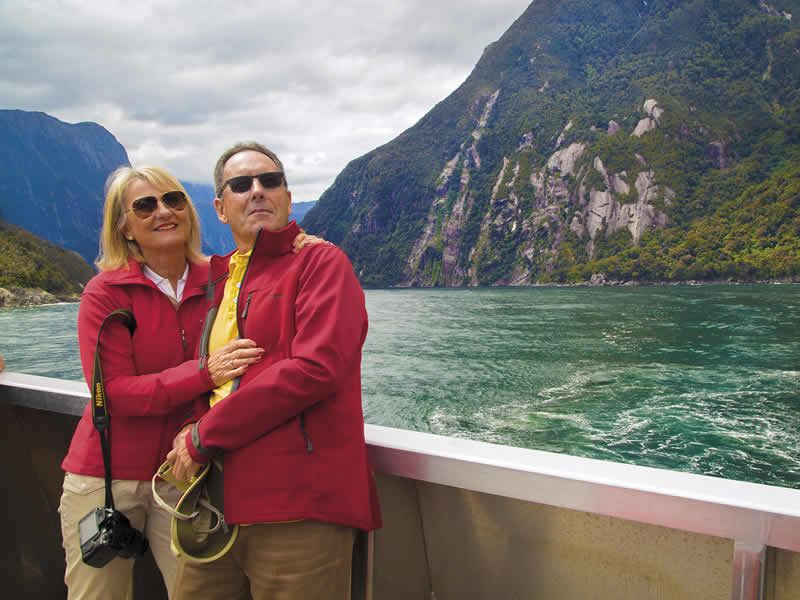 If you’re the independent type, a self-drive tour may be ideal. You’ll have plenty of flexibility and freedom, stopping where and when you want. This is the primary advantage as you may need to navigate some harrowing mountain roads and you might not be able to enjoy as much of the scenery while focused on driving. That can be more difficult after a long flight and jet lag, so spending a couple of days in your arrival city before heading out on the road is a good idea. By renting a smaller car, it will not only be more fuel efficient but easier to drive.

Many choose to travel New Zealand in a motorhome, which offers the benefits of a self-drive without having to pack and unpack at every new destination. You’ll basically be driving your own compact apartment, camping across the country. And, as most motorhomes come with a kitchen, you can make some of your own meals too. There are a wide range of options to choose from, including some with four-wheel drive. You can go as minimal or as luxurious as you like, with some of the vehicles offering spacious living and sleeping areas, full kitchens and all the equipment you need to cook along with upscale perks like DVD players with LCD screens. Motorhome holidays usually come with guides that list campgrounds, a road map and information about the country’s top attractions too. 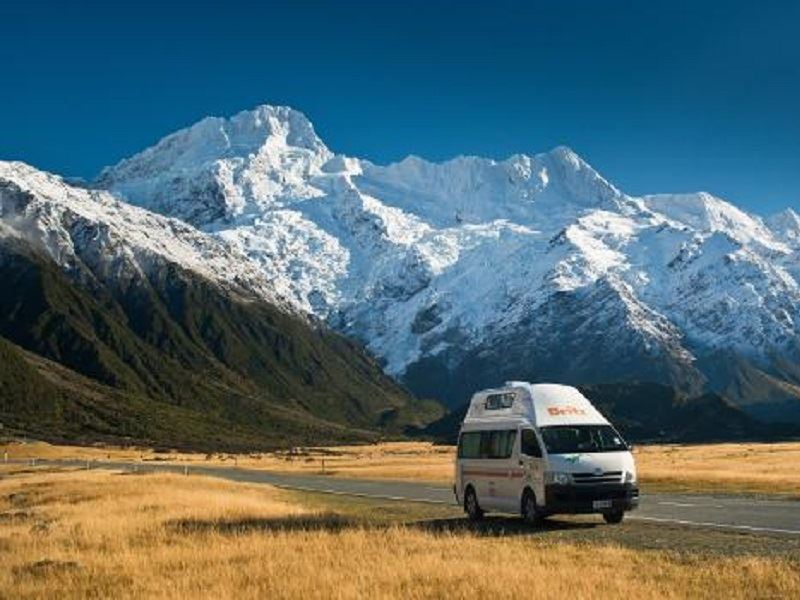